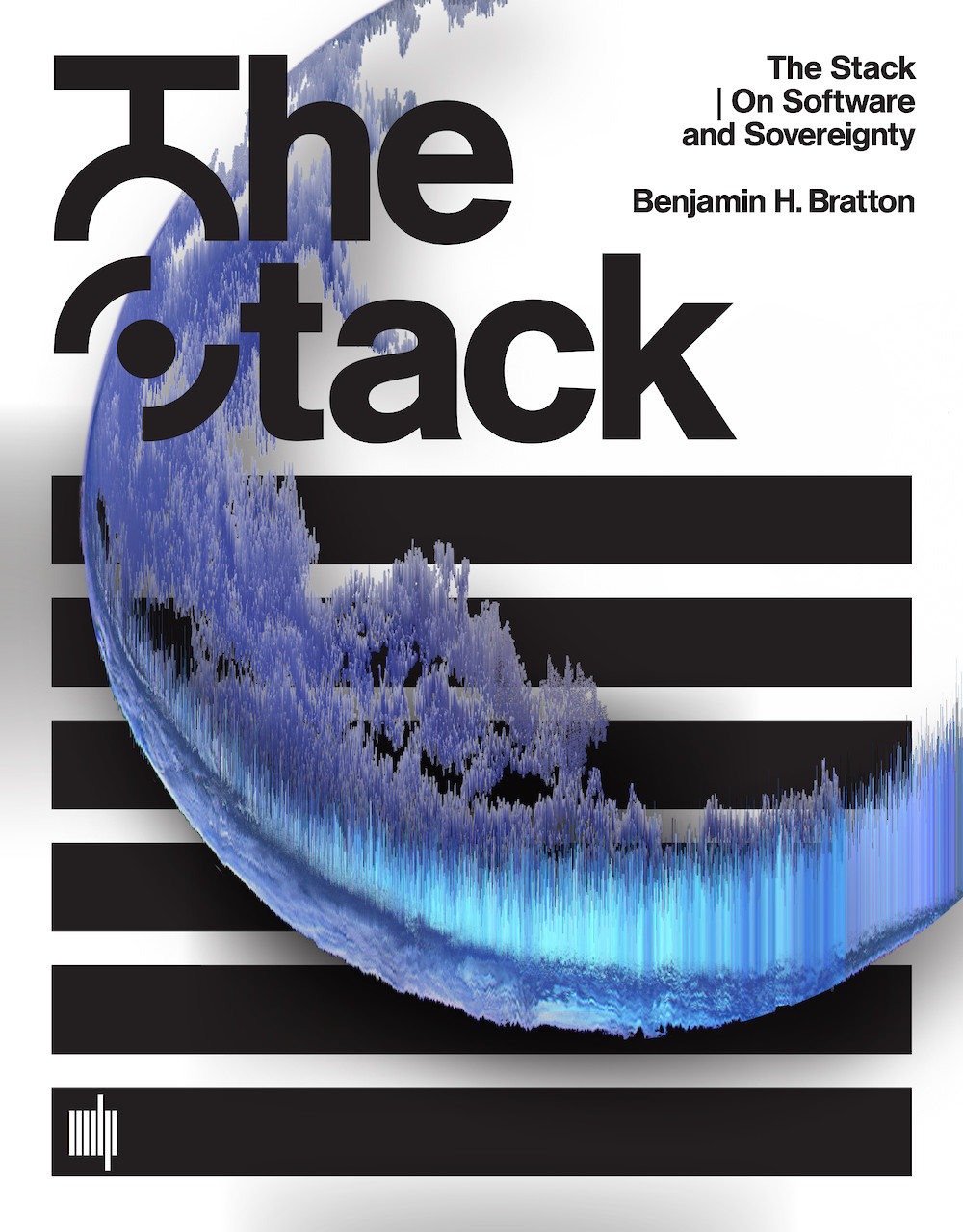 The Stack
| On Software
and Sovereignty

What has planetary-scale computation done to our geopolitical realities? It takes different forms at different scales—from energy and mineral sourcing and subterranean cloud infrastructure to urban software and massive universal addressing systems; from interfaces drawn by the augmentation of the hand and eye to users identified by self-quantification and the arrival of legions of sensors, algorithms, and robots. Together, how do these distort and deform modern political geographies and produce new territories in their own image?

In The Stack: On Software and Sovereignty, Benjamin H. Bratton proposes that these different genres of computation—smart grids, cloud plaforms, mobile apps, smart cities, the Internet of Things, automation— can be seen not as so many species evolving on their own, but as forming a coherent whole: an accidental megastructure called The Stack that is both a computational apparatus and a new governing architecture. We are inside The Stack and it is inside of us.

In an account that is both theoretical and technical, drawing on political philosophy, architectural theory, and software studies, Bratton explores six layers of The Stack: Earth, Cloud, City, Address, Interface, User. Each is mapped on its own terms and understood as a component within the larger whole built from hard and soft systems intermingling—not only computational forms but also social, human, and physical forces. This model, informed by the logic of the multilayered structure of protocol “stacks,” in which network technologies operate within a modular and vertical order, offers of a comprehensive image of our emerging infrastructure and a platform for its ongoing reinvention.

The Stack is an interdisciplinary design brief for a new geopolitics that works with and for planetary-scale computation. Interweaving the continental, urban, and perceptual scales, it shows how we can better build, dwell within, communicate with, and govern our worlds.

“In The Stack, Benjamin Bratton shows, with brilliant insight and imagination, what the world is coming to look like in an era of planetary-scale computing. He cuts through many received ideas about technology, globalization, and so forth and presents a fresh vision of the architecture of the world.”

--McKenzie Wark, author of Molecular Red: Theory for the Anthropocene

“Endlessly thought-provoking, this amazing book is both cognitive mapping and a projective geometry of the new dimensions of technological reality we live in.”
--Kim Stanley Robinson, author of 2312

“The Stack is a major achievement. It is more than just philosophy of technology, software studies, or design criticism; it analyzes and guides our thinking in a baffling Anthropocenic era when computation works at the planetary scale and constitutes governance.”
--Natalie Jeremijenko, Associate Professor of Art, Computer Science, and Environmental Studies, New York University

“The Stack imagines a design brief for the whole world while floating or falling through all the ever-efflorescent plasmas and atmospheres of digital information.”
--Keller Easterling, Professor, Yale School of Architecture; author of Extrastatecraft: The Power of Infrastructure Space

“This political geography of computation is a strange, marvelous text of great conceptual beauty. Benjamin Bratton’s The Stack breaks more new ground than a carpet bombing. The Stack itself may or may not exist, but it’s left everything that came before it in a state of rubble.”
--Bruce Sterling